Use interval scale when you want to rate your satisfaction with a product or service on scale from dissatisfied to satisfied. If you're looking to do calculations about satisfaction levels you can use a rating question instead.

An interval scale has numerical scales in which intervals have the same interpretation throughout, but they do not have a "true" zero point, however, and therefore it is not possible to make statements about how many times higher one score is than another. On interval measurement scales, one unit on the scale represents the same magnitude on the trait or characteristic being measured across the whole range of the scale.

Temperature: the same difference exists between 20 °C and 30 °C as between 5°C and 15°C. At the same time, 15°C is not three times as hot as 5°C. A famous example of an interval scale is the Likert scale.

Time: A time interval is the amount of time between two given points in time. An example of this is: "The time interval between three o'clock and four o'clock is one hour." 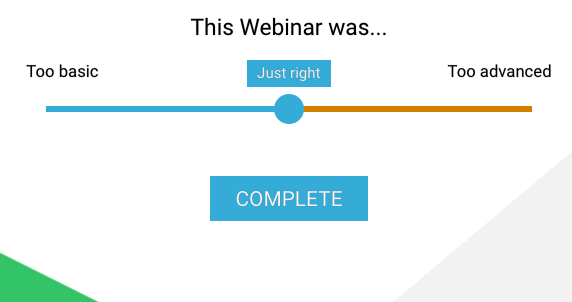